Previous films and events and so far in 2021 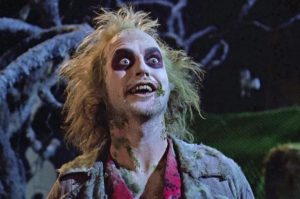 The spirits of a deceased couple are harassed by an unbearable family that has moved into their home, and hire a malicious spirit to drive them out. 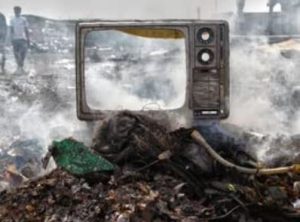 Ed is a producer at CNN. His first documentary was Plastic Shores which premiered at the UN in 2012.

Computers, mobile phones, TVs and home appliances have become an intrinsic part of our daily lives revolutionising the way we interact, communicate and view the world. Keeping up with the latest models and lifestyle products has firmly positioned us consumers as the driving force behind a runaway cycle of technological advancement. But what exactly happens to our broken computer when we throw it away? Where does that old phone go when we upgrade? From the US to the UK, Accra to Amsterdam, E-LIFE investigates the social and environmental consequences of our electronic waste.

Unpleasant facts are exposed about the detrimental effects of e-waste on the environment, economy, and human health. From consumers in the UK to recyclers in Ghana, current manufacturing and disposal processes are examined.

An exploration of the future of clothing, profiling forward-thinking companies who are at the forefront of redefining how and what we wear. 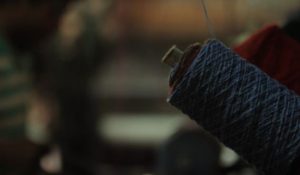 Unravel follows women workers in textile factories who sort, shred and prepare clothes for recycling that come over from Western countries. They reflect on these clothes and construct a picture of the lives of the owners, using their imagination and the rumours that travel with the cast-offs. 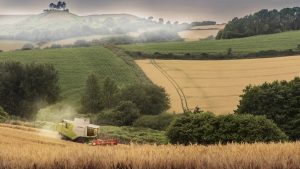 Filmed, in and around West Dorset, this 90 minute documentary, 2 years in the making, is about soil and climate change, land and species extinction and food, farming, diet and illness. It is beautiful and frank, helping the viewer to see the relationship between global warming and the human right to sufficient, healthy, culturally appropriate food, and how the long food chain has spawned cheap ultra-processed foods which are damaging billions of people’s health. The film offers solutions. 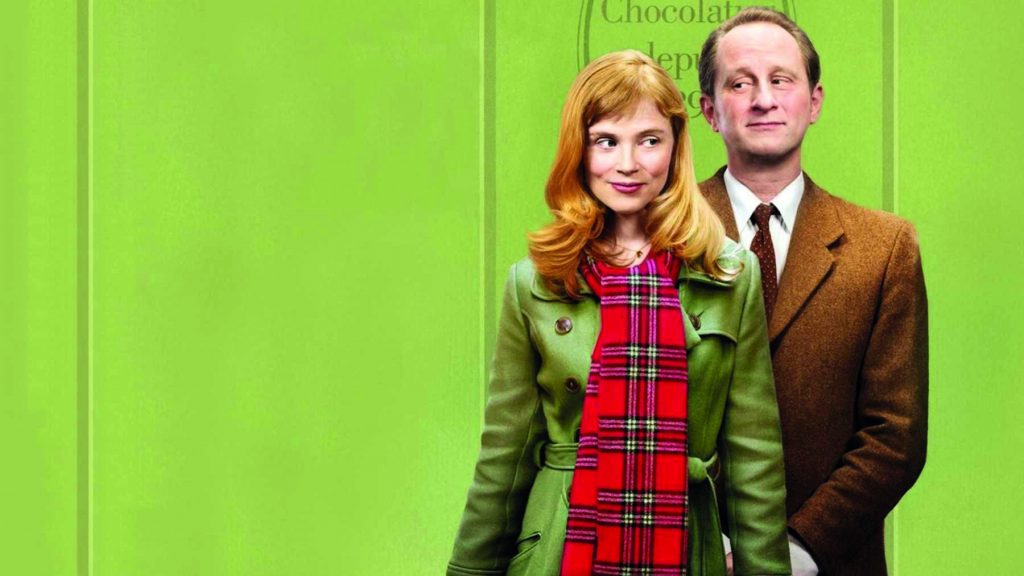 A bitter sweet French rom-com set in a chocolate factory that chronicles the awkward romance between two painfully shy people, both suffering from `hyper-emotionalism’.

Little Forest is a 2018 South Korean drama film directed by Yim Soon-rye and based on a manga series of the same name by Daisuke Igarashi which was first published in 2002. After failing her college exams Hye-won (Kim Tae-ri) abandons her school and job in Seoul to return to the small village where she was raised. 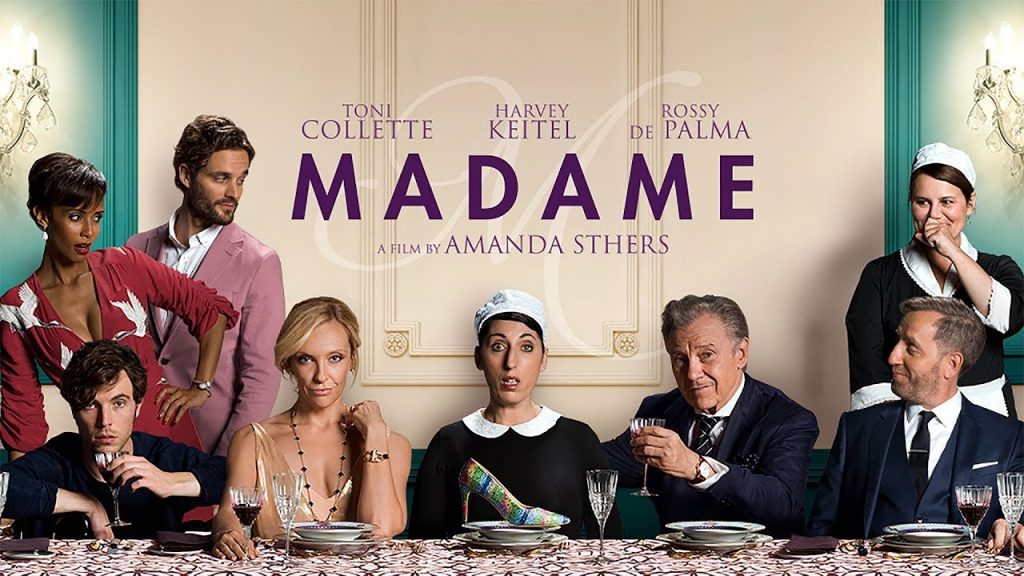 In order to add ‘a little spice to their marriage, Anne and Bob (Toni Collette and Harvey Keitel), a wealthy and well-connected American couple, have moved into a manor house in romantic Paris. While preparing a particularly luxurious dinner for sophisticated international friends, our hostess discovers there are 13 guests. Panic-stricken, Anne insists her loyal maid Maria (Rossy de Palma) disguise herself as a mysterious Spanish noble woman to even out the numbers. But a little too much wine and some playful chat lead Maria to accidentally endear herself to a dandy British art broker. Their budding romance will have Anne chasing her maid around Paris and finally plotting to destroy this most unexpected joyous love affair.’ (Letterboxd).

Talk: Pete Lemmey (who we know from Liberty Fields) will be talking about his new business ‘Liberty Dairy’… giving his cows the freedom to graze and local people delicious organic milk with only 3 food miles! 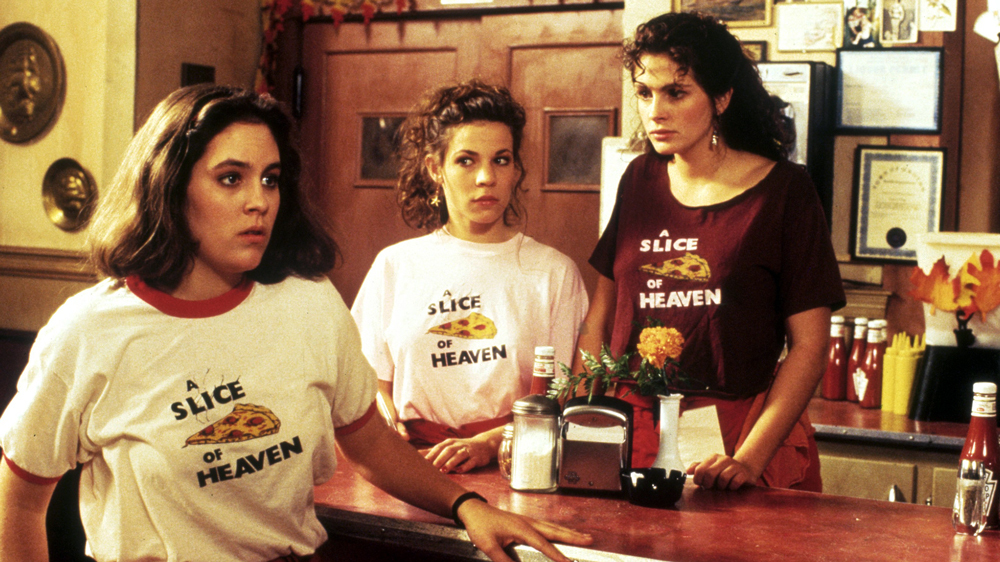 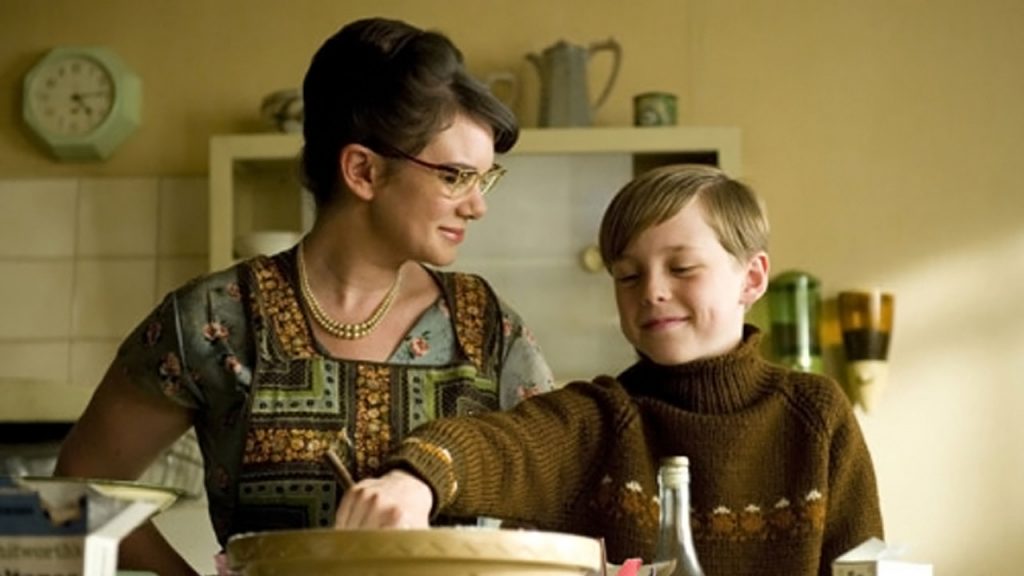 Young Nigel Slater (Freddie Highmore) has big culinary aspirations, even though all his mother (Victoria Hamilton) knows how to make is toast. When his mother dies, relations grow strained between Nigel and his father (Ken Stott), especially when he remarries a woman (Helena Bonham Carter) who wins his heart with a lemon meringue pie. Nigel enters culinary school, starts working in a pub and finds himself competing with his stepmother – both in the kitchen and for his father’s attention.

Robert Golden will be at our event at Symondsbury Estate on Thursday, 17th October (see first event below) to talk about his forthcoming film ‘The Good Earth‘. We will be screening a short extract and there will be an opportunity to ask questions afterwards (see page ‘The Good Earth’.) 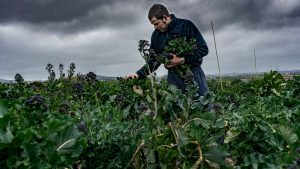 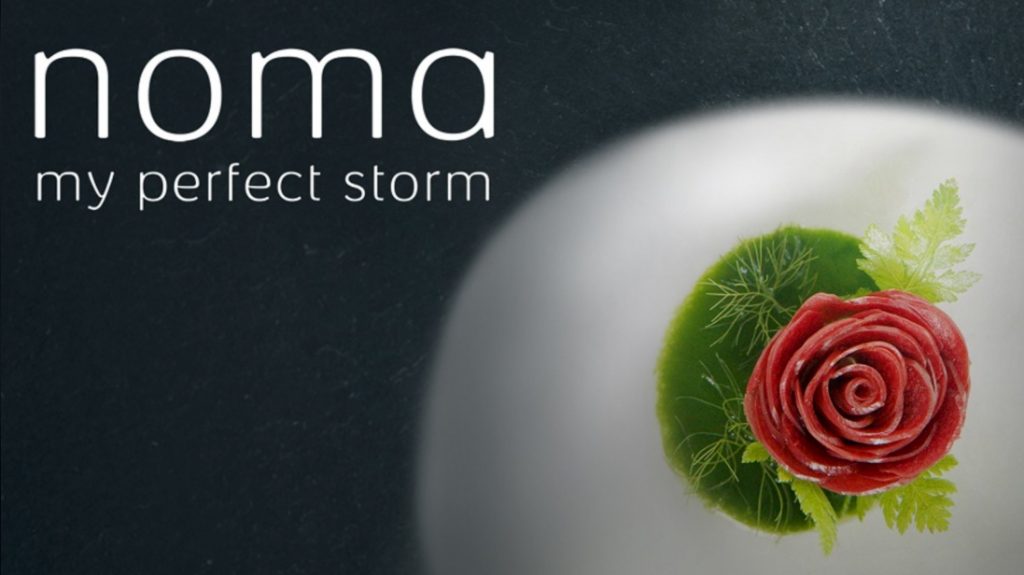 Creative genius René Redzepi is renowned as one of the world’s best chefs. His restaurant NOMA was voted best restaurant in the world four times. He has been credited with revolutionizing the food world with his radical take on classic cuisine.

The Great British Bump Off!

Murder Mystery Dinner, featuring Murder on the Side

You are settled on the sofa to watch your favourite tv programme: ‘The Great British Bakeover’. Top cookery judges, Paul Wallyhood and Mary Belly, are chewing, munching & prodding their way through a whole trestle table of delights.

A sudden scream, a curdled cry for help, and someone is dead amongst the whips & fondant. There’s a killer in the marquee and the atmosphere is ‘in tents’ (intense – get it?).

You are invited to turn detective and work out ‘who done it’!

Our Blood Is Wine 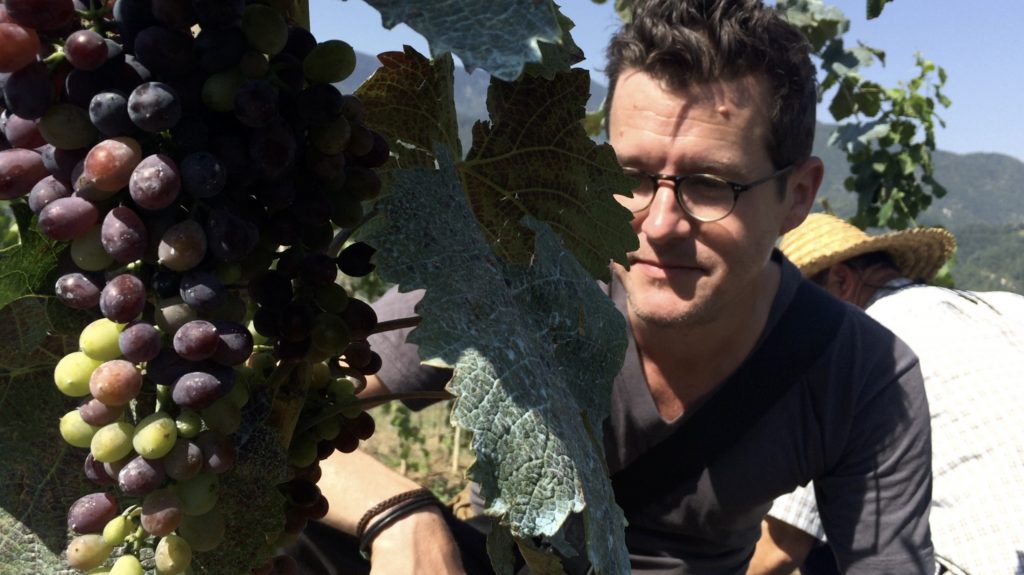 Filmmaker Emily Railsback and award-winning sommelier Jeremy Quinn provide intimate access to rural family life in the Republic of Georgia as they explore the rebirth of 8,000-year-old winemaking traditions almost lost during the period of Soviet rule. By using unobtrusive iPhone technology, Railsback brings the voices and ancestral legacies of modern Georgians directly to the viewer, revealing an intricate and resilient society that has survived regular foreign invasion and repeated attempts to erase Georgian culture. The revival of traditional winemaking is the central force driving this powerful, independent and autonomous nation to find its 21st century identity.

FILM IN THE CAFÉ

Bohemian Rhapsody is a foot-stomping celebration of Queen, their music and their extraordinary lead singer Freddie Mercury. Freddie defied stereotypes and shattered convention to become one of the most beloved entertainers on the planet. The film traces the meteoric rise of the band through their iconic songs and revolutionary sound. In an unexpected turn Freddie pursues a solo career. Having suffered greatly without Queen, Freddie reunites the band in time for Live Aid. While bravely facing a recent AIDS diagnosis, Freddie leads the band in one of the greatest performances in the history of rock music.

Supper in the interval
Fish and Chips in a paper cone

A CELEBRATION OF DORSET FOOD 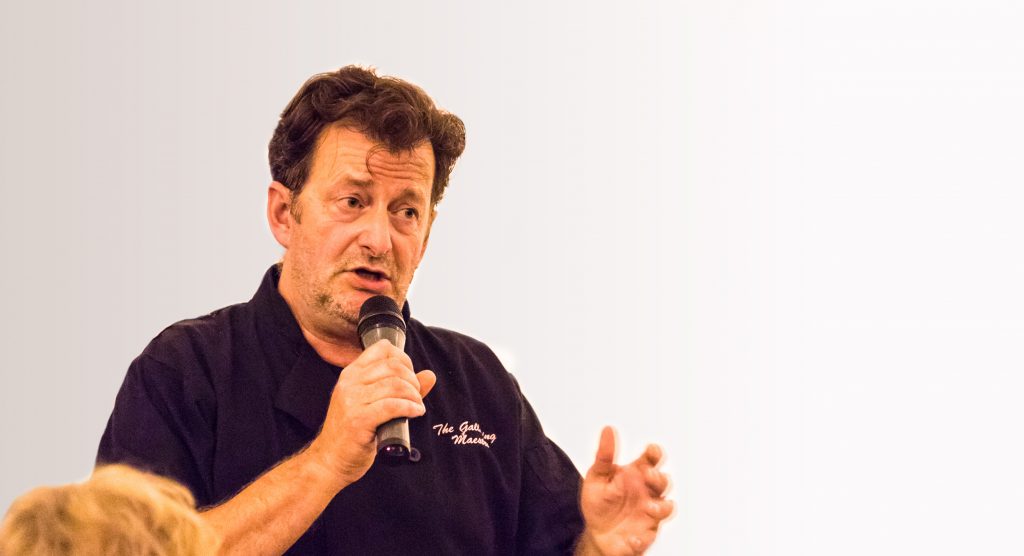 Festival Feasts Raffle – win a meal for two at a local venue.

FILM IN THE BARN 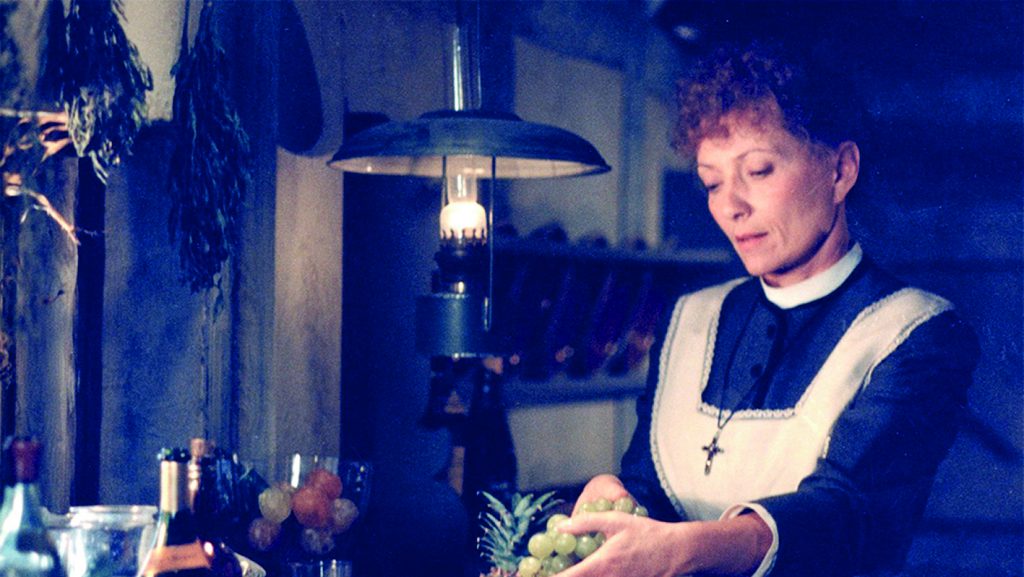 Beautiful but pious sisters Martine (Birgitte Federspiel) and Philippa (Bodil Kjer) grow to spinsterhood under the wrathful eye of their strict pastor father on the forbidding and desolate coast of Jutland, until one day, Philippa’s former suitor sends a Parisian refugee named Babette (Stéphane Audran) to serve as the family cook. Babette’s lavish celebratory banquet tempts the family’s dwindling congregation, who abjure such fleshly pleasures as fine foods and wines.